Click the link below to register for 2020 spring sports!

SYA Fall Sports are well underway, and so far there has been some amazing team and individual performances.  Please help celebrate our Fall Sports. 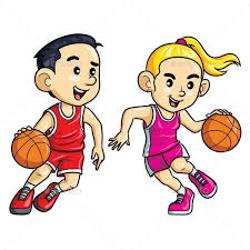 The SYA Basketball Registrations are closed.

Currently, we have 14 total teams registered in travel and rec leagues:

The Registration "Home" is not currently available.

Way to go 2019 CWL Biddy Grey Falcons on making the playoffs this year!  You had a great season!

10U FALCONS WIN THE CHAMPIONSHIP!!!

IN A HARD FOUGHT BATTLE, THE LADY FALCONS KNOCKED IN A RUN WITH BASES LOADED TO WIN THE GAME 7-6 OVER JIM THORPE.

10U FALCONS WIN THE CHAMPIONSHIP!!!

IN A HARD FOUGHT BATTLE, THE LADY FALCONS KNOCKED IN A RUN WITH BASES LOADED TO WIN THE GAME 7-6 OVER JIM THORPE.

Congrats to the 2019 Minors Red Sox for winning the In-House Championship!  Way to Go Team !

Congratulations to the 2019 TBall Orioles for winning the TBall Championship...Way to go Team!

The next monthly Directors meeting is scheduled for November 21st, 2019 at 8:30 PM at Salisbury Township Fire Company No 1.

Last night at the All-Star games, our CWL Biddy Blue team, Bill Kao's team, received the Ron Appel Sportsmanship Award for 2019.  Presented to the coach and team that shows the most sportsmanship throughout the season.

Congrats All Stars Logan Kao, Sean Martin, Alex Lees, Cooper Dickert (not pictured) and Coaches Bill Kao and Joe Lees, as well as the rest of the team and coaching staff!

2019 SAW ANOTHER GREAT YEAR OF SOCCER, BASEBALL, AND SOFTBALL!  FOR THE NEXT WEEK WE WILL BE SHOWCASING PHOTOS ON OUR WEBSITE RECOGNIZING ALL OF OUR PARTICIPANTS.

IF YOU HAVE A PHOTO OR TWO OF OUR AMAZING TEAMS IN ACTION, PLEASE FORWARD TO PRESIDENT@SYASPORTS.NET.

THANK YOU TO ALL THE OF OUR SYA SOCCER, BASEBALL AND SOFTBALL PLAYERS!!

HAVE A GREAT SUMMER!